The Clean Energy Solutions Center, in partnership with USAID and the National Renewable Energy Laboratory (NREL), hosted this webinar on Implementing Renewable Energy Zones for Integrated Transmission and Generation Planning, as part of the recently launched GreeningTheGrid.org toolkit, a USAID and NREL collaboration designed to support countries in integrating renewable energy into the power system.

This webinar introduced the REZ approach, including:

The webinar was presented by expert speakers, Dan Getman and David Hurlbut, from NREL.

Dan Getman leads the Geospatial Analysis team in the Strategic Energy Analysis Center at NREL in Golden, CO. In this position, Mr. Getman leads a team of geospatial scientists and analysts who support federal, state, local, and international organizations through a variety of energy related analysis activities and the development of applications that provide data exploration, querying, and analysis tools to researchers, industry, and the public. Mr. Getman has over 15 years of experience in spatial analysis, spatial application development, and geoinformatics working in environmental engineering, defense, and for the U.S. Department of Energy at both NREL and Oak Ridge National Laboratory (ORNL). Mr. Getman has a Master’s of Science from Purdue University in satellite image analysis and a Bachelor’s of Science in Geography from Texas State University.

David Hurlbut is an economist and senior analyst with NREL’s Strategic Energy Analysis Center. He led NREL’s technical support to the Western Governors’ Association for the Western Renewable Energy Zone Initiative, which identified renewable energy resource zones throughout the western United States. Prior to joining the lab in January 2007, Dr. Hurlbut was a senior economist with the Texas Public Utilities Commission, conducting oversight over the competitive wholesale power market in ERCOT and policing against market abuse. While at the Texas PUC, he also oversaw the state’s highly successful renewable portfolio standard, during which time Texas surpassed California as the state with the most installed wind capacity. He also developed the Competitive Renewable Energy Zone concept in Texas, which has since been used as a model for renewable energy transmission planning in various parts of the country. He is currently leading a project for the Department of the Interior examining clean energy alternatives to the Navajo Generating Station, which is the West’s largest coal plant and was initiated by Interior in the late 1960s to provide power for the Central Arizona Project. 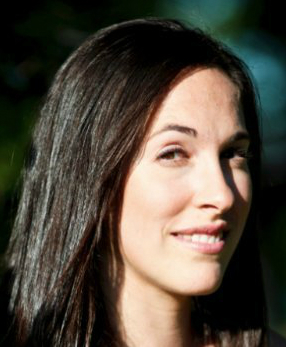 Jennifer Leisch is a Climate Change Mitigation Specialist in the USAID Office of Global Climate Change, where she supports the U.S. Enhancing Capacity for Low Emission Development Strategies program. Jennifer manages the USAID Greening the Grid partnership, and she directs agency work to account for greenhouse gas emissions reductions as a result of USAID Clean Energy programs. She holds a Ph.D. focused on renewable energy science, and she has previously worked in the research and development of advanced solar energy and fuel cell technologies.

The presentations were followed by an interactive question and answer session with the audience.