The Clean Energy Solutions Center, in partnership with the Renewable Energy Policy Network for the 21st Century (REN21), hosted this webinar for the launch of REN21’s flagship report, the Renewables 2015 Global Status Report, focusing on its findings related to heating and cooling.

Participants learned what made 2014 another record year for renewables and how increased additions of solar PV and wind in the electricity sector have driven other energy sectors and how 2014 marks the first time we decoupled CO2 emissions from economic growth.

This webinar began with an overview of REN21’s newly released Renewables 2015 Global Status Report and then looked at the heating and cooling sector in Asia. Asia uses the largest amount of modern renewable energy in the heating sector overall. In 2014, China continued to dominate the global solar heating market as well as lead the world in the direct use of geothermal and biogas for heat. The challenges of distributed energy production in this sector were also discussed. Presentations were followed by a question and answer session with the audience.

About the Global Status Report: REN21’s Renewables Global Status Report (GSR), first released in 2005, provides a comprehensive and timely overview of renewable energy market, industry, investment and policy developments worldwide. The report is a true collaborative effort of authors, REN21 Secretariat staff and Steering Committee members, and regional research partners, and includes the input of over 500 individual contributors and reviewers. The GSR has become the most frequently referenced report on renewable energy business and policy, serving a wide range of audiences. 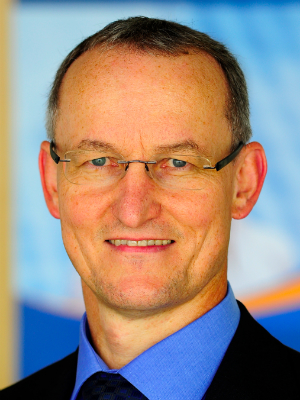 Gerhard Stryi-Hipp, head of energy policy and coordinator of Smart Energy Cities at the Fraunhofer Institute for Solar Energy Systems ISE, is a physicist and an interdisciplinary expert on technologies, market development and policies in renewable energies and sustainable energy systems. From 1994 to 2008, he was managing director of the German Solar Industry Association. In 2009, Gerhard moved to Fraunhofer ISE, the largest solar research institute in Europe. He conducted research projects on solar thermal energy systems (e.g., on solar-active-houses, which are heated mainly by solar thermal energy). Since 2012, he has worked on sustainable energy systems for cities and regions. His research group (Districts and Cities) designs urban energy systems based on renewable energy sources, and it consults with cities and regions on their transformation towards sustainable energy systems. Since 2008, Gerhard has been president of the European Technology Platform on Renewable Heating and Cooling, and in 2014, he became a member of the Seoul International Advisory Council.