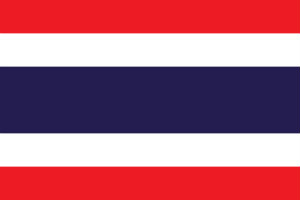 Thailand has developed mandates for biodiesel blends, which increased to 7% in 2015 (Lane 2016), alongside voluntary blends for bioethanol (Sorda, Banse, and Kemfert 2010).

Thailand has also instituted complementary policies which support biofuel production and consumption (Sorda, Banse, and Kemfert 2010; Preechajarn and Prasertsri 2010). Mandates require the production of specified blends of biodiesel, which increase over time (Preechajarn and Prasertsri 2010). While ethanol consumption is voluntary, tax incentives ensure that the price of ethanol blends is less than gasoline (Sorda, Banse, and Kemfert 2010). In addition, tax incentives are in place to support investment in bioethanol, as well as tax incentives for flexible fuel vehicles that can utilize blends with increased percentages of bioethanol (Leal et al. 2015). Thailand produced 8.9 and 10.2 thousand barrels per day of bioethanol and biodiesel, respectively, in 2011 (Youngs et al. 2015). Biofuel consumption is substantial in Thailand, reaching 7.0 and 10.2 thousand barrels per day for bioethanol and biodiesel, respectively, as of 2011 (Youngs et al. 2015).