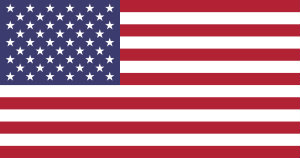 In 2008, the U.S. state of Texas designed a CREZ in response to a public mandate to increase renewable energy generation to meet electricity demand and address a shortage of transmission capacity from wind-rich areas to load centers of the state (Public Utility Commission of Texas 2014). Ultimately, as one of the most significant transmission efforts ever devoted to wind power, the CREZ resulted in a 3,588-mile transmission development project being completed in 2013 with the potential to bring nearly 18,500 MW of wind energy to the highest energy demand areas of the state (Wiser and Bolinger 2014).

One key element of Texas’s CREZ success was that it allowed transmission to be developed (and costs to be recovered) before generation began. Because transmission installation takes longer than power plant installation, this allowed the development timescales to be better-aligned (Cochran et al. 2012).

As an outcome of the CREZ process and transmission expansion, Texas wind energy development has increased rapidly. At the end of 2014, Texas had a total wind capacity of 12.4 GW (REN21 2014) with 4600 MW of planned capacity additions in 2015 and 2016. (Wiser and Bolinger 2014). As demonstrated by this success, establishing and supporting CREZ can be a highly effective approach to support scaled-up wind investment.