The Clean Energy Solutions Center, in partnership with The United Nations Foundation’s Energy Access Practitioner Network, supported by the Rexel Foundation hosted this webinar-based training on energy efficiency for energy access, with a focus on the important role played by energy efficiency in the fight against fuel poverty in developed economies. The webinar forms part the UN Foundation’s broader work on energy access within the Sustainable Energy for All initiative, which is spearheaded by the UN and the World Bank. 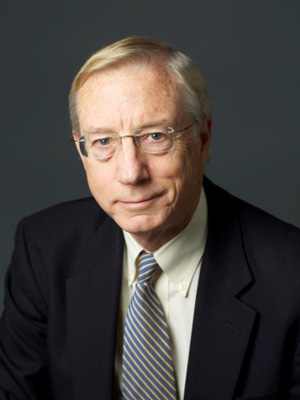 Reid Detchon has led the UN Foundation’s Energy and Climate program since 2005. He is also Executive Director of the Energy Future Coalition, a non-partisan domestic policy initiative. He is responsible for the Foundation’s engagement with the UN on energy and climate issues. This includes support of the Secretary-General’s initiative on Sustainable Energy for All—whose objectives are now reflected in Goal 7 of the new post-2015 Sustainable Development Goals—as a model of public-private engagement with the UN. It also has included communications support for the IPCC’s Fifth Assessment Report, as well as the Earth to Paris coalition that helped build a drumbeat of action and awareness for COP 21. Reid previously served as Director of Special Projects in Washington for the Turner Foundation; as a principal at Podesta Associates, a public affairs firm in Washington; as the Principal Deputy Assistant Secretary for Conservation and Renewable Energy at the U.S. Department of Energy from 1989 to 1993; as principal speechwriter for Vice President George H. W. Bush; and as a staff member and legislative director for U.S. Senator John Danforth of Missouri. He is a graduate of Yale University. 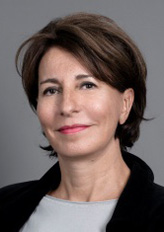 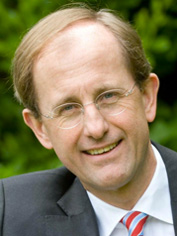 Jules Kortenhorst is the Chief Executive Officer of RMI. He is a recognized leader on global energy issues and climate change. His background spans business, government, entrepreneurial, and nonprofit leadership. Prior to RMI, Jules was CEO of Topell Energy BV, a company that developed a cutting-edge process for the production of solid biofuel. He also served as the founding CEO of the European Climate Foundation (ECF), the largest philanthropic organization dedicated to policy development and advocacy on climate change in Europe. Jules led a major effort at ECF to develop the roadmap for decarbonized power generation. Before launching ECF, Jules was the CEO for International Operations of ClientLogic Corporation, a global leader in outsourced customer relationship management (CRM) solutions. Jules also served as a member of the Dutch parliament. Earlier in his career, he worked for eight years for Royal Dutch Shell, including as managing director of Shell Bulgaria. He began his career as an analyst at McKinsey & Co. in Amsterdam.

Patty Fong is Programme Director of the Energy Efficiency Programme and a member of the ECF leadership team. She was recruited in 2007 to help establish the foundation, and served as founding COO until August 2012. Based in The Hague, Patty oversees development and implementation of the programme strategy, which aims to (1) rule out the least efficient infrastructure, equipment, processes via new standards and codes; (2) scale demand for energy efficient products and services; and (3) build political will and confidence for greater ambition on energy efficiency and savings. Patty co-founded and serves on the board of the Buildings Performance Institute Europe, a European policy think tank dedicated to energy efficiency in buildings. She also co-founded and serves on the Steering Committee of the EU Coalition for Energy Savings, which unites business, professional, local authorities, and civil society organisations to make energy efficiency and savings the foundation of energy policies in Europe and the driving force behind a more prosperous, sustainable, and competitive Europe. In addition, she serves on the board of the EU Alliance to Save Energy, a consortium of leading multinational companies supporting greater EU political ambition for energy efficiency.