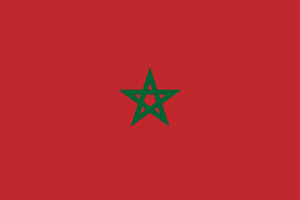 To support deployment of concentrating solar power (CSP), the Government of Morocco sought to demonstrate a successful utility-scale CSP project and business model to attract private investment. To achieve this objective, the government partnered with the Moroccan Agency for Solar Energy (MASEN), international financial institutions and donors, and private developers to build the Ouarzazate I CSP plant (Falconer and Frisari 2012). Through this program, MASEN coordinated a successful public-private partnership, working with all partners to establish loan requirements and reduce transaction costs. Costs were further reduced through participation of the government as an equity partner and international financial institutions, which decreased the cost of capital and mitigated overall investment risk for private developers. (Stadelmann et al. 2014). By reducing project risks, the partners were able to attract private developers to participate in the effort, resulting in a winning project bid that was 25% lower than original project cost projections, thus reducing the need for government subsidies. Ultimately, the project was successful in effectively spreading risk, with the public partners assuming much of the political, financial, and commercial risk and the private partners taking on the construction and performance risks (Frisari et al. 2013).